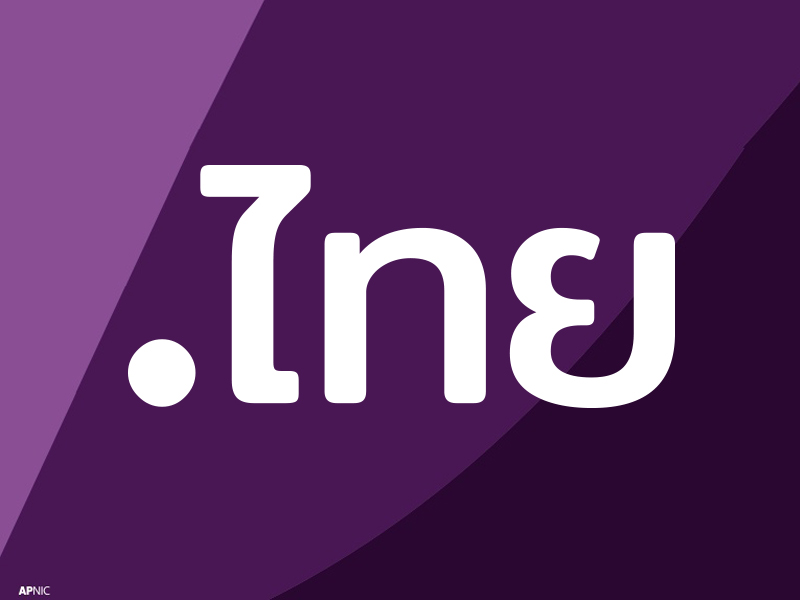 The script above is the ceremonial name of a Thai city that many of you may be travelling through to reach APNIC 48 next week – Bangkok.

In the official English romanization, this is certified as the longest place name in the world.

Although most locals refer to their capital by its abbreviated name, Krung Thep (กรุงเทพ), the long script features a large proportion of the 44 consonants and 15 vowel symbols that make up the Thai alphabet (or Thai abugida) written and read by Thailand’s 60 million inhabitants.

Like the majority of economies in the Asia Pacific region, such non-Latin-based languages, in particular, tonal languages, have made it difficult for local people to use modern text-formatted technologies, including the Internet. Although there has been a growing amount of content on the Internet written in local languages, including Thai, since the late 90s — significantly decreasing the percentage of English content on the Internet from more than 85% — the problem of being able to navigate to these sites using English was, until the last decade, an obstacle for many.

“You can imagine how someone being introduced to the Internet, who has never seen or known an English character, would feel about using this new technology — having to type in a foreign script to access a ‘website’ or to set up an ‘email address’,” says Pensri Arunwatanamongkol of the Thai Network Information Center Foundation (THNIC).

Fortunately, for many Thai people, this challenge has been lessened by the work of Pensri and her colleagues who have spent almost 20 years developing and promoting the use of Internationalized Domain Names (IDNs).

Bringing Thai to the browser

IDNs allow users to navigate the Internet without using English and have been in use since the early 2000s — Thai was among the first group of languages implemented. It is estimated that 60% of users now access the Internet in their native, non-English language.

First proposed in 1996, Pensri says the IDN ‘movement’ started to gain momentum in Thailand around 1999. At the time, she was responsible for looking after .th registrations at THNIC.

“There were many registries in the Asia Pacific region investigating how to take advantage of a multilingual domain name system. We also joined the iDNS testbed and started testing Thai IDNs but ending with .th at that time,” remembers Pensri.

It wasn’t until 2008 that ICANN approved the creation of internationalized country code top-level domains (IDN ccTLDs), allowing for full URLs to be in local scripts.

“We worked with the Thai ISP Association, the Thai Internet community and government officials to develop an application to be among the first ccTLDs that got an IDN delegation during the fast-track process. And we started offering registrations for the Thai (ไทย) top-level domain in 2011,” she says.

Once you manage to solve one problem, you can use and adapt that program to solve another

Having grown up with an aptitude for maths and puzzles, Pensri enrolled in a Bachelor of Engineering in the late 80s, during which time she was required to complete a Computer Programming 101 course in her first year.

“It was the first time that I had got to work with a computer. I found it was a challenge and fun; I could command a sophisticated machine to solve mathematic questions using logic programming.

I could see the benefits that such a device could provide not only in business and science, but socially and environmentally — once you manage to solve one problem, you can use and adapt that program to solve another.”

Pensri went on to complete her Bachelor’s degree from Chulalongkorn University; and then a Master’s in computer science at the Asia Institute of Technology (AIT) as a working student. It was at this time, in the early 90s, where she enjoyed the privilege of working on an Internet-related task under the supervision of Kanchana Kanchanasut. She later became the technical contact of .th, which had been registered and hosted by Kanchana at AIT several years earlier as a means of establishing Thailand’s first email connection.

Pensri was in charge of the email drops with Melbourne University, which was Thailand’s only link to the Internet, via a UUCP connection. “So, I needed to call Melbourne University two or three times a day to send and receive emails. I was kind of like a postal officer,” she says.

Pensri continued assisting throughout her Master’s, later becoming a long-term volunteer to THNIC, which was established as an independent organization – later a foundation – to build awareness of the Internet and look after the growing demand for domain name registrations.

Having had such an intimate knowledge of the registration system and a propensity for solving puzzles, leading Thailand’s IDN project was a natural fit.

“I really enjoyed the process, both the technical part and the collaborations I’ve made in the Thai community and abroad, especially the collaboration part. Over the past 10 years, I have been focusing on IDN and EAI (Email Address Internationalization), where I’ve had the chance to work with a group of experts in these areas. Later THNIC became a founding member of UASG,” Pensri says.

While Internet penetration in Thailand has almost doubled since the IDN project was completed in 2011, Pensri points out that it took “several years” until the impact of the project started to emerge.

“The Internet was and still is a fairly new thing to many Thai people. They still struggled to see what the benefit was. The ‘killer app’ that started to get people interested was email.”

Pensri and her team believed the same should be true for the IDN project, which included developing corresponding translations for ASCII characters for email, through EAI, and, as such, had been working with International and local email providers to support IDNs and EAIs. After several years of discussions, a local email service provider, Throughwave, started offering Thai email addresses. 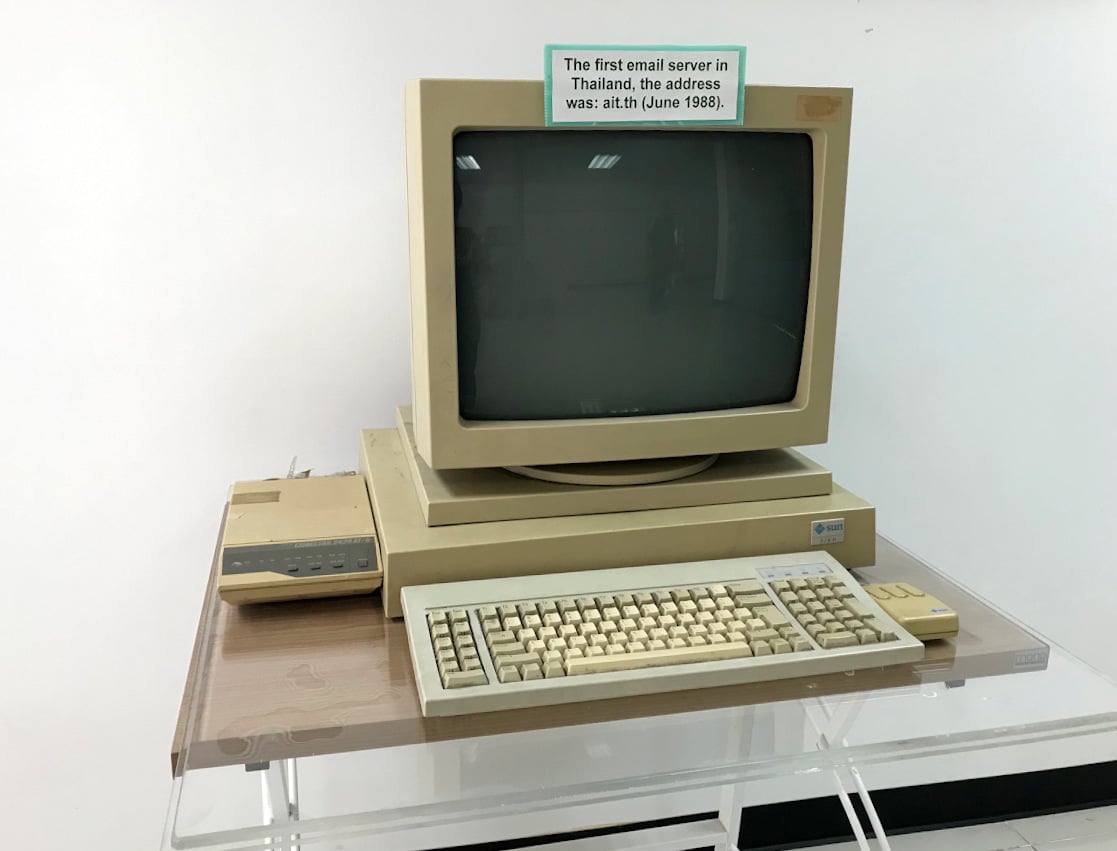 “They [Throughwave] were a real champion of developing the application for Thai EAIs and, for me, can be attributed to a lot of the uptake in the Internet over the past three years.”

One in four domains in Thai

Another champion that has recently helped to increase the exposure of Thai URLs has been the government. The government established a website announcing the details surrounding the coronation of the new king, the URL of which was in Thai : พระลาน.ไทย.

“They promoted it everywhere on radio, TV, and online media,” says Pensri. “People seeing that they could type Thai script into web browsers was a lightbulb moment for many and raised awareness among other businesses on the web for the need to implement IDNs.”

“Currently we have 18,000 IDNs registered in our.ไทย, which is around one-fourth of our .th domains registered.”

THNIC has since been working with all levels of government to make their websites accessible using Thai IDNs, as well as continuing to promote the benefits of Thai IDN/EAI and universal acceptance among developer communities, and the Thai Webmaster Association and their members.

“From our point of view, using Thai IDNs is as much about promoting our culture as it is accessibility. There are many nuances and words in Thai with no equivalent in English. This not only creates transliteration and translation problems but makes it hard to properly convey the meaning of the websites,” she says.

“We look forward to seeing the collaboration of the Internet community in making the projects reach their potential the same as when the Internet pioneers did. I believe the ecosystem can start from developers making their libraries/systems support non-ASCII domain names and EAI, then the momentum can eventually take off. Once the infrastructure is in place, users can easily grab the opportunity and maximize its benefits.”

https://blog.apnic.net/2019/09/03/thseries-language-is-key-to-growing-thai-internet-users
This article is the second in our THSeries ahead of APNIC 48 in Chiang Mai, Thailand. 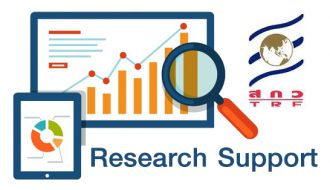